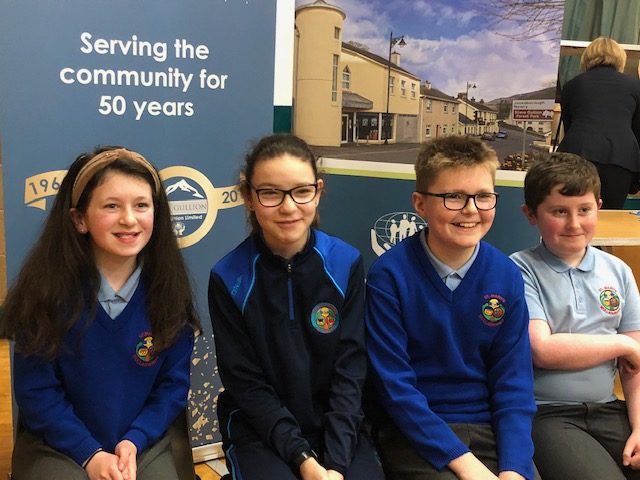 On Friday night we had 2 teams entered in the Slieve Gullion Round of the Annual Credit Union Quiz. Pictured above is our team entered in the older Category, we are delighted to say that even though they were up against stiff competition from other local teams, they came out on top and are through to the next round which will take place later this term. 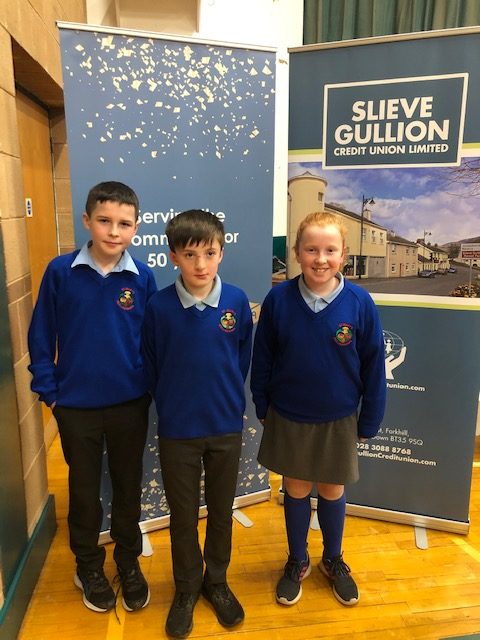 Our second team, entered in the younger category just missed out on a place in the next round coming in, in 3rd place. (Missing from the picture is Aaron, who had left before the picture was taken.)

A big well done to both teams and Mr Mc Coy who has been putting the teams  through their paces.